The importance of a Business Lasting Power of Attorney.

I remember reading the article about Mark Pearson who realised his dream to open England’s first ever crisp sandwich shop. 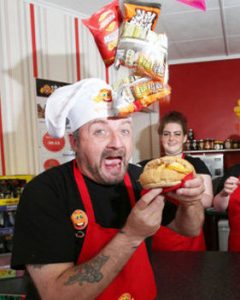 Unfortunately, despite the shop’s popularity, Mark was forced to sell up just 3 months after opening. His health had taken a turn for the worse and the doctors told him he needed to take several months off work. Because of this, Mark made the heartbreaking decision to give up on his dream.

It’s sad to hear that ill health has forced someone to give up on dream and you wonder if there was any other option.

How would your business cope if you suffered from ill health?

Would you want to give up on your passion or dream? What if there was a way for you to keep your business going until you recovered

The good news is…there is a way!!

All you need is a business Lasting Power of Attorney. You can appoint someone you trust to make decisions for you in your absence. This could be due to an illness, bereavement, mental health issue or even because you’re away relaxing.

I had a client once whose plane was grounded in 2010 because of the volcanic ash cloud. As a result, he was unable to fly back to the UK to sign a contract with, what would have been, his biggest client. Consequently, the customer went to his biggest competitor instead. A business LPA would have allowed his attorney to sign on his behalf and he would not have lost the contract.

If you think you’re ok because you have a business partner, think again. If any partner loses capacity the banks will most likely freeze the company bank account until a deputy can be appointed. The time it takes to get this could cripple your business.

Having a Business Lasting Power of Attorney can help make sure that your business can survive until you get back so you won’t have to give up on your dreams.

If you want to find out more about Business Lasting Power of Attorney, please call 0203 189 1737 or email infor@barnetwills.co.uk