Office of the Public Guardian to repay £89m of overcharged registration fees.

The Office of the Public Guardian has admitted charging excessive fees for issuing Powers of Attorney in the last four years. A refund scheme will be announced in due course but amount owed is estimated to be around £89m.

The overcharging is due to underestimating the number of people who would register Powers of Attorney so the increased volume resulted in greater efficiency in delivering the service. Consequently, the agency’s total income was 148% of its costs.

‘We are committed to taking such steps as are necessary to make sure that people are made aware of, and receive, the refunds to which they are entitled’ said the agency. ‘We will be working closely with MoJ and its new income strategy unit, which will oversee the standards and controls set for all income streams. We have also made a number of improvements to the way in which we forecast demand and associated costs, in order to enable us to base fee proposals on robust evidence and to ensure compliance with requirements set by HM Treasury.’ 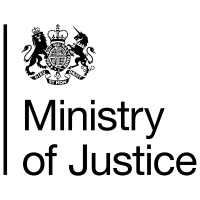 The overcharging was remedied on 1 April 2017 when the Office of the Public Guardian reduced the fees for applying to register Lasting Powers of Attorney from £110 to £82. This is still an ‘enhanced fee’, meaning that it is still more than the cost of supplying the service, with the surplus income being used to fund wider functions of the OPG that run at a loss, such as administering the supervision of court deputies. It is allowed to do this under special provisions contained in the Anti-social Behaviour Act.