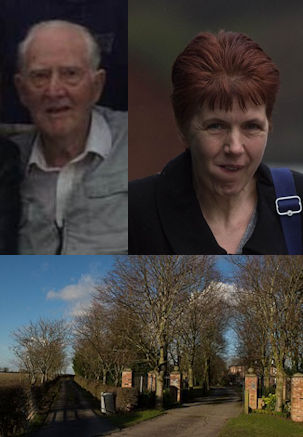 Police were called to a Farm in Cheshire on 6th December when Adam Scott called after a long running dispute with Jennifer Redgrave-Scott who married his widower father Richard Scott following a 23 year relationship.

Adam Scott feared he would lose his inheritance from his father and reported Mrs Redgrave-Scott to police on numerous occasions.

Police attended but decided it was a civil, not criminal, matter. Just as the attending officer was leaving he was pounced upon by Mrs Redgrave-Scott’s Labrador Shar Pei cross. The dog forced the officer to the floor as he bit into his thigh, refusing to let go until Mrs Redgrave-Scott managed to pull it away.

Are you in a blended family? If so your inheritance, just like Adam Scott, could also be at risk.

Perhaps your children could be the ones to lose out. If Richard Scott leaves everything to his wife, and then to his son, Mrs Redgrave-Scott will be in a position to change her Will and completely disinherit her step-son. If you have remarried and your Will directs everything to your spouse, perhaps to avoid IHT, then your children are in the same vulnerable position of losing their inheritance as Adam Scott is.

To avoid having a messy family feud, and make sure you have the most appropriate planning, contact Barnet Wills on 0203 189 1737 or email info@barnetwills.co.uk

Having a Will is important but having the RIGHT Will is crucial.