Are regular cash gifts a deliberate deprivation of assets to avoid care fees? 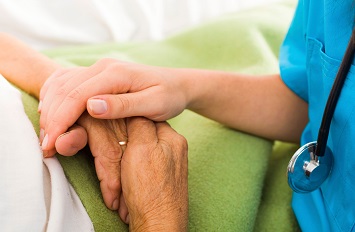 The Local Government and Social Care Ombudsman has criticised North Yorkshire County Council for refusing to pay for an elderly woman’s residential care fees, after it learned that she had made regular cash gifts to her family after being admitted to their care home.

The woman, referred to as Mrs Y, suffered a stroke in 2007 and, aged 80, had to go into residential care. At the time her assets, including her home, were valued at £250,000 so she was not eligible for local authority financial assistance. Mrs Y’s daughter sold her mother’s house and used the proceeds to pay her care home fees until the money ran out in July 2015. Mrs Y’s assets had now fallen below the £23,250 threshold for local authority assistance in England. Her daughter duly applied to North Yorkshire County Council for financial help which was granted pending completion of a full financial assessment and North Yorks began paying the care home fees from January 2015.

When the council came to do the full assessment, Mrs Y’s daughter revealed that she, and other family members, had received annual cash gifts from her mother since her admission to the care home until her money ran out. The gifts, which were made on advice from an independent financial advisor, totalled nearly £75,000.

The council decided these gifts were deliberate deprivation of capital and made with the intention of reducing the amount the person is charged for their care. Consequently, North Yorks stopped paying Mrs Y’s care home fees and demanded the repayment of £75,000 which they had already paid. Mrs Y’s family paid this back but complained to the ombudsman about the council’s behaviour. 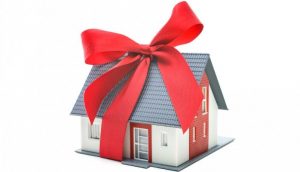 The Ombudsman’s office has now issued its findings and decided that North Yorks took its actions without ever completing a full financial assessment. It simply assumed, without cause, that the gifts were a deliberate deprivation of capital. Moreover, their calculations on the amount of deprived capital were not backed up by any evidence. It did not properly take into account the proven fact that there was already a history of gifting before Mrs Y ever went into the care home.

The council did not provide any evidence to show why it had decided the gifts were made with the intention of avoiding care charges. Mrs Y had fully paid for her care for nine years with more than 70 per cent of her money spent on care home fees.

The ombudsman has now ordered the council to apologise, reassess Mrs Y’s situation properly, and repay her any fees to which she is entitled.

Michael King, the Local Government Ombudsman, said “While I appreciate councils need to make difficult, nuanced decisions about whether people have deliberately reduced their assets, the guidance does state people with care needs are free to spend their money as they see fit. Just because someone might be living in a care home, it does not mean they should not be able to spend their money on things other than their care, and this includes continuing to give gifts to friends and family. Given Mrs Y’s prognosis when she entered the home, and after paying for her care for nine years, it is hard to see how the council concluded every penny she gave away was done with poor intentions”.

Mrs Y is still in the same care home and pays all her monthly income towards the fees. She cannot cover the full cost and now owes £30,000 to the home, which has said it will take ‘further action’ if the debt is not paid.

On 7 December 2017, the government announced that they had scrapped their plans to place a cap on what an individual would be required to spend on their own social care costs. The cap had originally been planned to be set at £72,000 for those over 65, and was due to come into effect in 2020. A green paper setting out the government’s proposals for social care reform will be published by this summer.