A JUDGE has brought a legal battle between stepsisters over a £300k inheritance to an end after ruling he could not be sure which of their elderly parents died first.

John and Marjorie Ann Scarle were found dead from hypothermia at home triggering a bitter dispute between their respective daughters over their joint assets.

The court heard Ms Cutler had offered to settle the case by dividing the assets, including the couple’s home, equally between herself and Ms Winter.

At one stage she also offered a 60/40 split in Ms Winter’s favour and to enter mediation in an attempt to resolve the dispute. However, all offers were rejected and Ms Winter indicated she would only settle the case out of court if she could have all of the assets. The court heard that Deborah Cutler was met with stubborn intransigence on the part of Ms Winter who refused to make any reasonable attempt to engage in settlement negotiations at any stage. 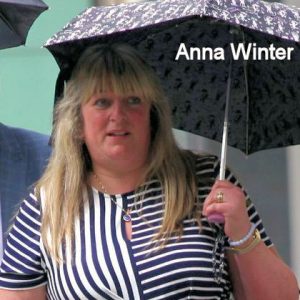 Ms Winter’s case was that forensic evidence suggested her mother, Mrs Scarle, died first resulting in her father inheriting all of the couple’s assets before his death – which would then pass to her.

But Ms Cutler relied on a 100-year-old law which creates a “presumption” that, as the elder of the two, her father, Mr Scarle, died first – meaning she would inherit the assets through her mother.

Ruling in favour of Ms Cutler, who now stands to receive all of the £300,000 estate, the Judge said he could not be certain which of the pair died first. Delivering his ruling the Judge said the forensic evidence presented by Ms Winter suggesting Mrs Scarle died first, because her body was more decomposed than that of her husband, could be explained by the different “micro-climate” within the home.

He said the presumption in favour of the older person dying first, enshrined in the Law of Property Act 1925, would therefore apply. Known as the “Commorientes Rule” meaning “simultaneous deaths” the law states that if two or more people die in circumstances where it is not possible to determine who died first, the younger is deemed to survive the elder