…it was love at first sight. 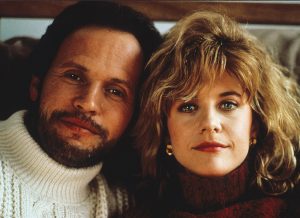 After whirlwind romance they decided to take the plunge, get married and sell their respective properties to buy a new house on a 50/50 basis.  It was a second marriage for both of them. Harry has two adult sons, Paul and Chris while Sally has two adult daughters Kate and Melissa from their previous relationships.

Harry and Sally knew they had to make new Wills as their marriage automatically revoked their previous ones. They were clear that, whichever of them died first, they wanted to take care of the survivor, but they were concerned about what might happen after first death. What if the survivor met someone else and changed their Will and then their house went to a new partner? What if the survivor had to go into a care home and the local authority seized the house to cover the care fees leaving all the children with nothing?

Harry and Sally wanted to ensure that things were as watertight as possible so that their respective children inherited their 50% share of the house and wondered what they could do. 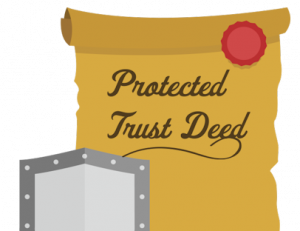 A Barnet Wills Trust would be an ideal solution as it is an affordable and easy way to protect their share of your home’s value.

Harry and Sally would need to own their home jointly at the Land Registry as ‘Tenants in Common’ to enable their respective Wills to control the ultimate destination of their share of their home.

Let’s say that Harry were to die first. Under the terms of his Will, his 50% interest in the house would pass into a Will Trust (full details of the trust would be set out in Will itself). This means that Sally would have the legal right to stay in her home and have full use of Harry’s 50% share for her lifetime. On Sally’s death that share of the house would pass to Harry’s ultimate beneficiaries, Paul and Chris.

If, in the future, Sally meets another partner, she cannot change the arrangements that Harry has put in place in respect of his half share.

Should Sally need to go into long term care in the future, then the local authority are unable to seize the house as Harry’s trust still owns half and should not be taken into account.